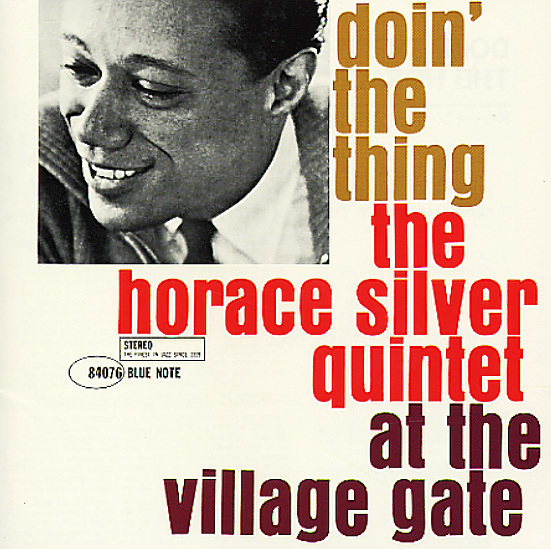 One of the few live recordings ever done by Horace Silver during his Blue Note years – a real surprise, considering what a crowd pleaser he was at the time! The set catches Horace working with that great quintet that graced most of his best early Blue Notes – with Blue Mitchell on trumpet, Junior Cook on tenor, Gene Taylor on bass, and the always-amazing Roy Brooks on drums. The groove is tight tight tight, and the live set crackles with the same sort of energy as the live sessions by the Jazz Messengers on Blue Note – rolling soul jazz, but with a bit of a lyrical touch to flesh things out. Because of the live setting, tracks are a bit longer than the usual Silver session – which makes for freer soloing, and a bit of a rougher edge that keeps things lively throughout. Titles include "The Gringo", "Filthy McNasty", and "Doin' The Thing".  © 1996-2023, Dusty Groove, Inc.
(Late 80s pressing in a barcode cover, with light wear and aging.)

Alison's Uncle/Autumn Leaves
Blue Note (Japan), 1958. Near Mint-
LP...$39.99
This isn't an actual full length LP, but rather 2 previously unissued tracks from the Somethin' Else sessions, packaged up beautifully and issued on vinyl only in Japan! These tunes, along with the rest of the album was recorded at a time when Adderley was working with Miles Davis – and as ... LP, Vinyl record album