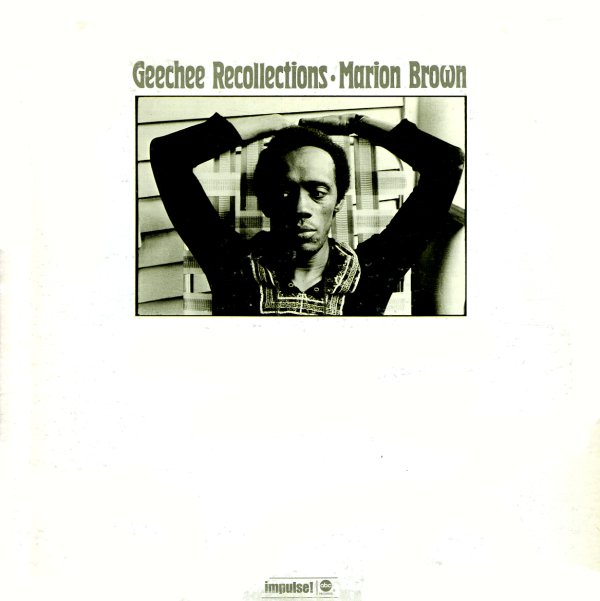 Quite possibly our favorite record ever from reedman Marion Brown – and very different than both his seminal 60s recordings, and his European sides from later years! There's a really earthy feel to this record – one that really lives up to the title, and which comes from the use of lots of percussion, played by just about every group member, ala AACM – but handled in a style that's warmly spiritual, and very organic too – right in line with the best Impulse Records vibe of the time, yet completely its own thing too! Brown plays alto and soprano sax, and is working with players who include Leo Smith on trumpet, William Malone on mbira and autoharp, James Jefferson on bass, and Steve McCall, Jumma Santos, Bill Hasson, and A Kobena Adzenyah on percussion – in addition to percussion plays by other group members too. Two tracks are spare, beautiful solos – almost a Kalaparusha Maurice McIntyre vibe – and titles include "Buttermilk Bottom", "Once Upon A Time", "Tokalokaloka", and "Karintha".  © 1996-2020, Dusty Groove, Inc.
(Original pressing! Cover has a small cutout hole, and some very light wear.)