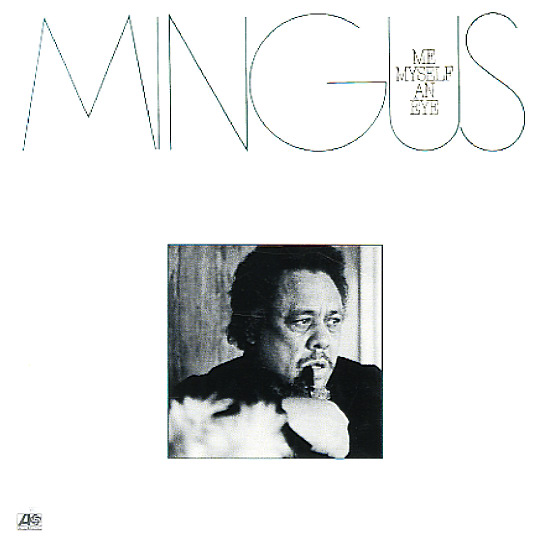 Me Myself An Eye

Complicated later work from Charles Mingus – a great illustration of the way his power to command a large ensemble never wavered as the years went on! The album features two different large groups of players – filled with modernists young and old – including Ricky Ford, George Coleman, and Michael Brecker ont enors; Ronni Cuber and Pepper Adams on baritone; Randy Brecker and Jack Walrath on trumpets; Lee Konitz on alto, Larry Coryell on guitar, Slide Hampton on trombone, and Eddie Gomez on bass. Side one features the 30 minute track "Three Worlds Of Drums", and side 2 contains a remake of "Wednesday Night Prayer Meeting", plus "Devil Woman" and "Carolyn Keki Mingus".  © 1996-2023, Dusty Groove, Inc.
(Still sealed! Cover has a few tiny age spots, but is great overall.)

Art Blakey's Jazz Messengers With Thelonious Monk
Atlantic, 1957. Near Mint-
LP...$19.99 (LP...$33.99)
Angular Monk meets hard-driving Art Blakey – in a session that's quite unique, and which has gone onto become one of the best-remembered Atlantic jazz sessions of the late 50s! The album features Blakey in that key non-Blue Note year of 1957 – a time when he was working with a variety ... LP, Vinyl record album