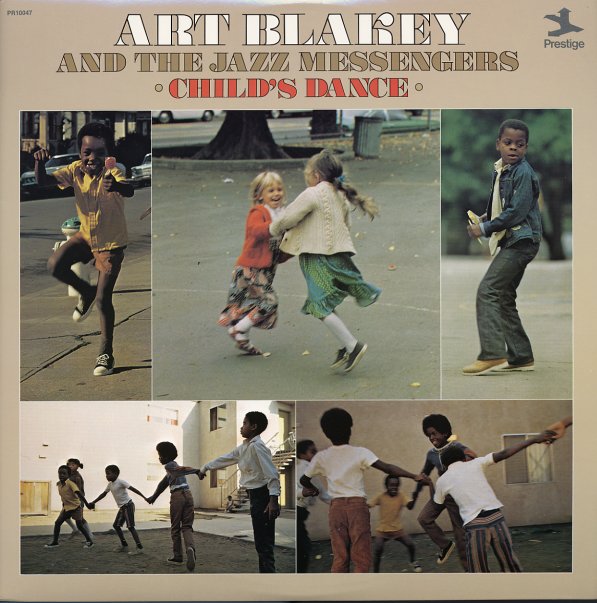 Seminal Art Blakey material from the early 70s – a real change from his 60s vibe on Blue Note, in a style that really opens up to a host of more spiritual touches! The album's a counterpart to the classic Buhania set, also issued on Prestige at the time – and like that record, this one features a very spiritual group of younger players, and some slight electric touches too – all with a sound that's almost at the level of work on the Strata East or Black Jazz labels! Players include Woody Shaw on trumpet, Ramon Morris on tenor and flute, George Cables on piano and Fender Rhodes, and Buddy Terry on soprano sax – and tracks are nice and long, often with a hip modal groove. Titles include "Child's Dance", "CC", and "Song For A Lonely Woman".  © 1996-2021, Dusty Groove, Inc.
(Original pressing! Cover has a cutout mark in one corner, which also has some light wear – but rest is great.)