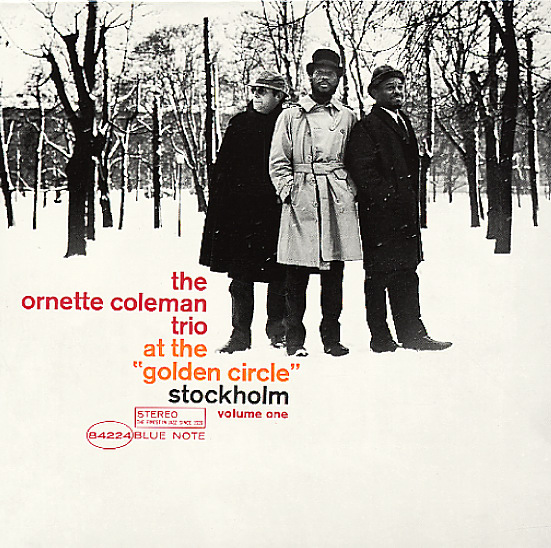 Also available
Ornette Coleman — Ornette Coleman Trio At The Golden Circle Vol 1 (RVG Edition) ... CD 8.99
Important second chapter work from Ornette Coleman – a record that marked a real shift in his sound from the Atlantic Records years – issued by Blue Note at a level that gave the rest of the world a chance to see what Ornette had been cooking up on the underground scene! The album was recorded in Stockholm – in the tradition of European live performances that saw Coleman grow so strongly in the mid 60s – and the tracks are long, free, and full of improvised moments – with Ornette adding in trumpet and violin next to his familiar alto – in a trio with David Izenzon on bass and Charles Moffett on drums – both fantastic players who can be loose at the right moments, and bring things back at others. Tracks are long and unbridled – with less of the rhythmic changes that you'd hear in work by the classic quartet, and more of a full-on fierce soloing mode. Titles include "Faces & Places", "Dee Dee", and "Dawn".  © 1996-2023, Dusty Groove, Inc.
(Mid 80s Japanese Toshiba-EMI promo pressing – BNJ 71045 – with insert. Cover has a small promo sticker and some spotty discoloration from age.)

Alison's Uncle/Autumn Leaves
Blue Note (Japan), 1958. Near Mint-
LP...$39.99
This isn't an actual full length LP, but rather 2 previously unissued tracks from the Somethin' Else sessions, packaged up beautifully and issued on vinyl only in Japan! These tunes, along with the rest of the album was recorded at a time when Adderley was working with Miles Davis – and as ... LP, Vinyl record album