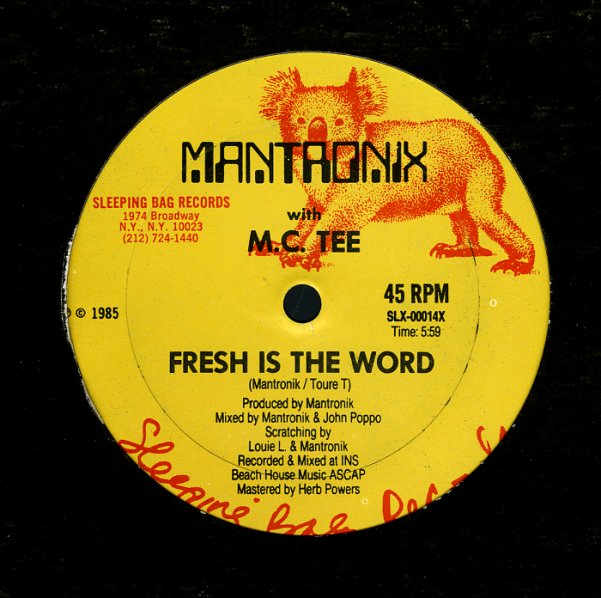 Johnny The Fox (voc, radio, bonus beats)
Sleeping Bag, 1985. Very Good
12-inch...$4.99
Mantronix ("Mantronik" on this one) uses his trademark production style, along with a small Santana sample, for a single that's as dope anything on his first LP. 12-inch, Vinyl record