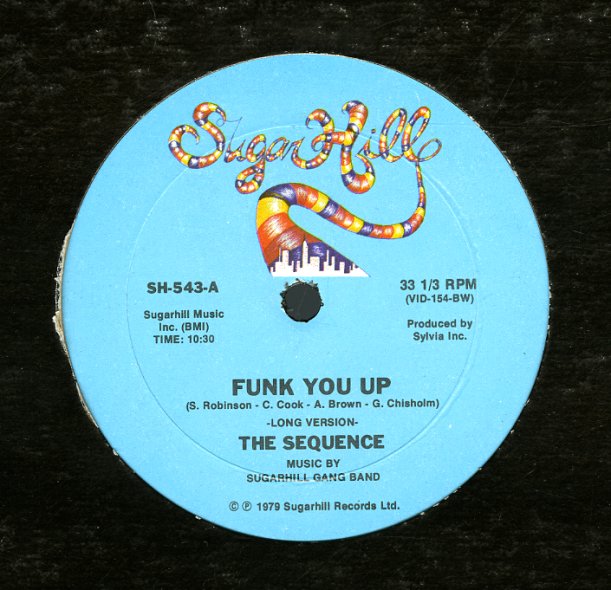 Funk You Up (long, short)

Three female singers/MC's with backing by the Sugarhill Gang Band – and rhymes that sound like they might have been written by the Sugarhill Gang. Maybe it's not up to the standards of other early female MC's like Sha Rock of the Funky 4 +1, but this is more like a 1979-era slow-tempo funk/dance track than a straight hip hop record.  © 1996-2021, Dusty Groove, Inc.
(In a Sugar Hill sleeve. Label on Side A has a peeled spot.)