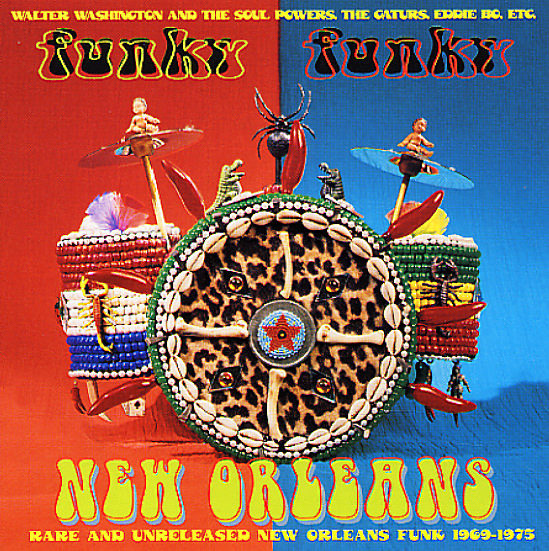 A great collection of rare and unreleased New Orleans funk – from the golden days of the genre – and with work by some of the best producers in the Crescent City! Very hard and heavy funk, with choppy riffs and hard drums – plus, there's even a few cuts with nice electronics. Legendary cuts by Eddie Bo, The Gaturs, Louisiana Homegrown, Chuck Cornish, Sonny James and more. Includes the tracks "Chiller" by Louisian Homegrown, "Soul Power" by Walter Washington and the Soul Powers, "Ali, Funky Thing" by Chuck Cornish, "Lighten Up" by Sonny Jones, and "I'm Mr. Big Stuff" by Jimmy Hicks. Plus, the LP also features two different mixes of Eddie Bo classics "Hook & Sling" (a much longer version) and "If It's Good To Ya, It's Good For Ya" (done here in a 5 minute version.) 13 cuts on the CD.  © 1996-2022, Dusty Groove, Inc.