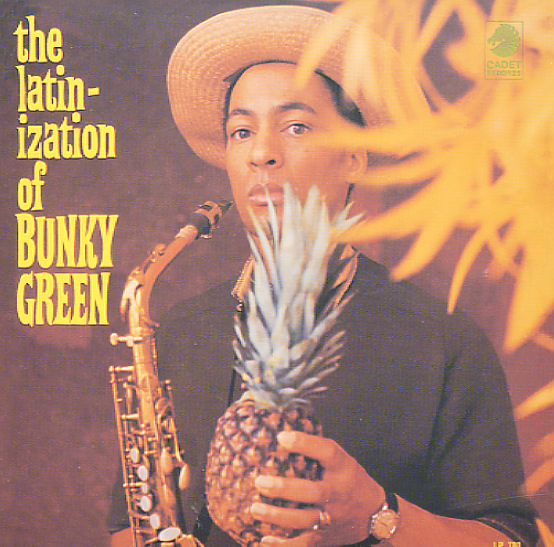 Chicago alto player Bunky Green gets "Latinized" – in a very groovy set of soul jazz tunes from the 60s Cadet Records scene! The style isn't entirely straight Latin – more just a soul jazz approach to small combo jazz, supported with great percussion from a trio of added players – but Bunky's alto sax is right out front in the mix, bounding warmly over the top of the grooves with a sound that's a bit like Lou Donaldson or Chicago contemporary Sonny Cox! The Dells bring in a bit of vocals to the record – not much, but just enough to create a nice sense of surprise – and tracks include "Feeling Good", "Do It Like You Feel It", "Fast n Foxy", "A Ting A Ling", and "How's Your Mambo?".  © 1996-2021, Dusty Groove, Inc.
(Mono blue fade label pressing. Cover has a small cutout hole in one corner.)