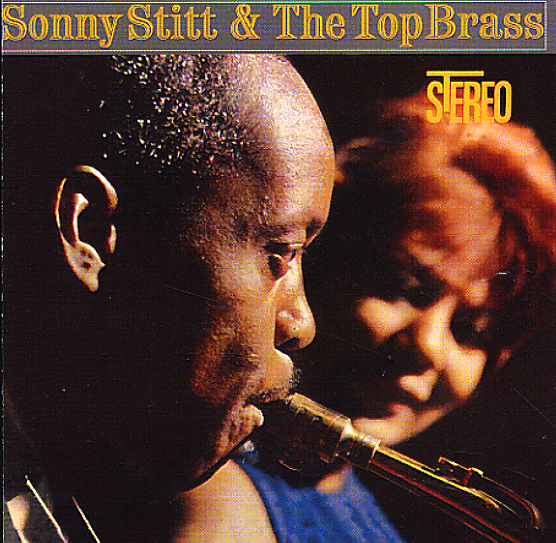 A heck of a great little record – one that shouldn't work so well, but it does! For the set, Sonny Stitt's blowing in front of a larger brass section – and while the prospect of a Sonny Stitt big band record might not sound that great at first, this one really kicks, largely because of Sonny's great solo work! Stitt's in perfect form by this point – blowing freely above a core brass group that features Blue Mitchell, Jimmy Cleveland, and Willie Ruff – arranged tightly by Tadd Dameron and Jimmy Mundy, yet still given enough room to swing with a heck of a lot of soul! Also quite nice is the organ work on the set by the obscure female player Perri Lee – a great little groover with a lean sound that cuts through the arrangements and really makes them sparkle! Titles include "Souls Valley", "On A Misty Night", "Stittsie", "Poinciana", "Sea Sea Rider", and "The Four Ninety".  © 1996-2021, Dusty Groove, Inc.
(Mono white label promo pressing with AT etch. Cover has light wear, clear tape along the top & bottom seams and some aging & pen marks on the back.)