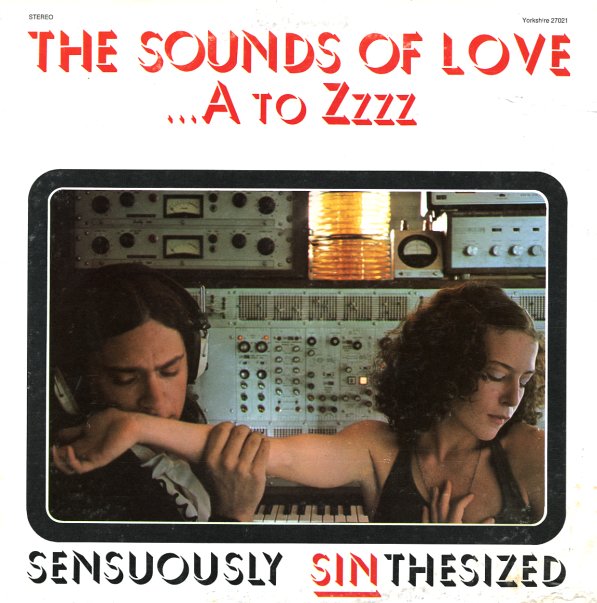 Sounds Of Love A To Zzzz – Sensuously Sinthesized

Wild stuff! This record's an attempt to bring together moog and sex sounds, and it goes about its task in the most heavy-handed way possible! Basically, the record's got a number of tracks with cool moogy bits – either musical in kind of a background way, or loud and firey – and these tracks also have recordings of simulated sex (or maybe it's real sex, we can't be sure) plastered on top of them. Not your usual moog record, but it's a nice mix of grunts and groans and beeps and whirrs!  © 1996-2023, Dusty Groove, Inc.
(Cover has light wear, small split on bottom seam.)