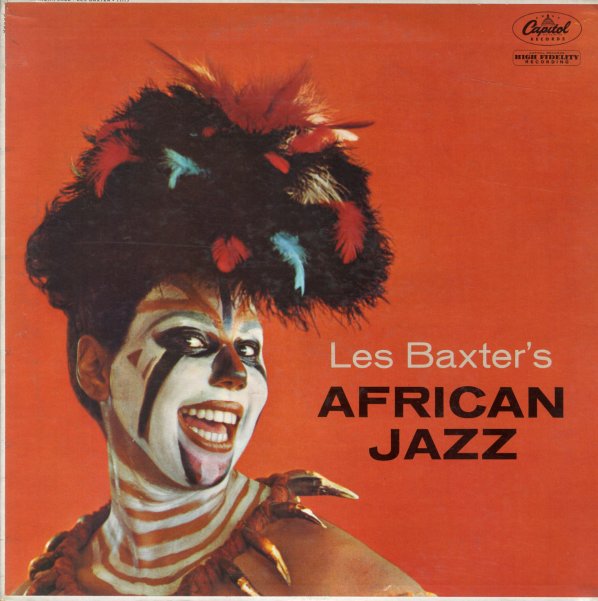 One of the coolest, grooviest records we've ever heard from the great Les Baxter – and a real standout set, even amidst his other exotica albums for Capitol! This one really delivers on the "jazz" promised in the title – thanks to strong tenor solos from Plas Johnson, who plays in this bold, lusty style that's right out front in the mix – over cool exotic rhythms that come through with more force than some of the other Baxter albums from the time! There's some nice vibes on the album, and plenty of percussion as well – and titles include "Congo Train", "Walkin Watusi", "Ostrich Hunt", "Balinese Bongos", and "Mombasa After Midnight". Fantastic stuff, and recorded with beautiful sound!  © 1996-2021, Dusty Groove, Inc.
(Stereo rainbow label pressing. Cover has splitting on all seams, a name in marker on both sides, and light surface wear.)

Accent On Bamboo
Capitol, 1960. Very Good+
LP...$14.99
One of the gems in the shining crown of Capitol Records' exotica series at the start of the 60s – a very cool blend of larger arrangements and exotic moments – with plenty of the bamboo reeds mentioned in the title! Tracks include "Stumbling", "For You", "One ... LP, Vinyl record album

Music – It's Happening Now!
Capitol, Late 60s. Near Mint-
LP...$14.99
McCallum's third album for Capitol – and like the first, a genius batch of instrumental tunes that's graced with the talents of HB Barnum and David Axelrod! As beathead revivalists have shown, the album would be nothing without that pair, especially Axelrod – and McCallum's really just ... LP, Vinyl record album