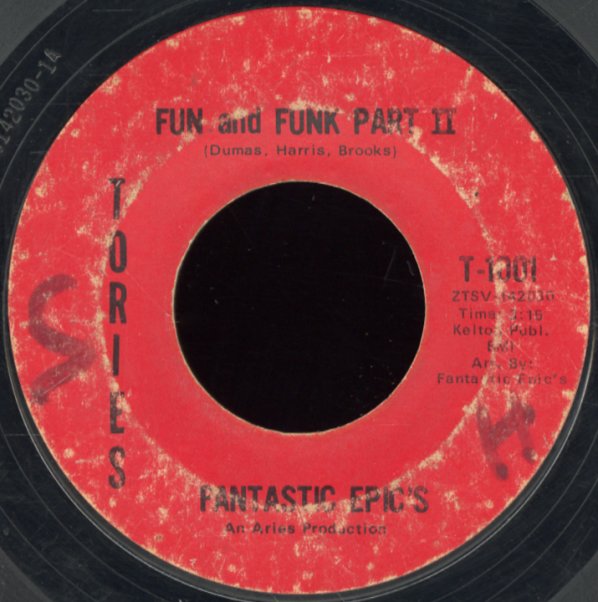 This single's floating around in 2 different versions – one with "Fun & Funk part 2", plus another track; and this one, with the rare part 3. Both sides have a very stripped down bubbling funky instrumental groove, with some nice hard drums, and very heavy bass. "Part 3" adds some nice fuzzy guitar, which creates an even stronger psychedelic edge, that then drops out to let the funk come through. Nice stuff, with great production!  © 1996-2021, Dusty Groove, Inc.
(Label has some wear and marker.)