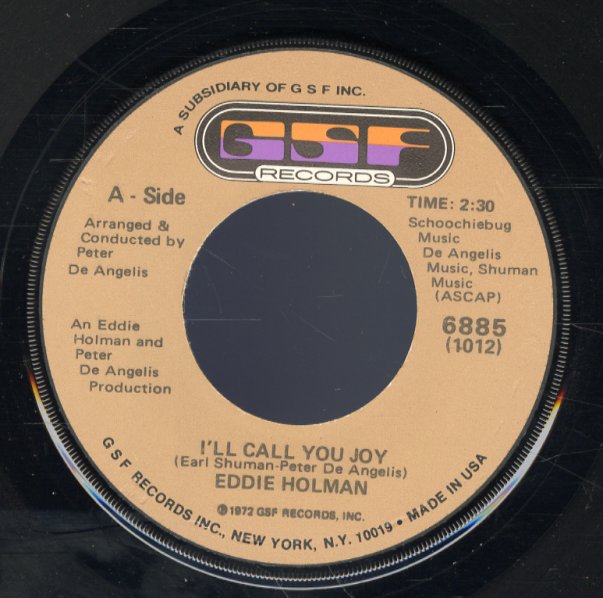 I'll Call You Joy/Young Girl (In Your World)

Post-ABC, and a stunning bit of falsetto soul from Eddie. "Young Girl" is one of his best cuts, and it's got sublime east coast arrangements courtesy of Peter DeAngelis.  © 1996-2021, Dusty Groove, Inc.
(In a GSF sleeve.)