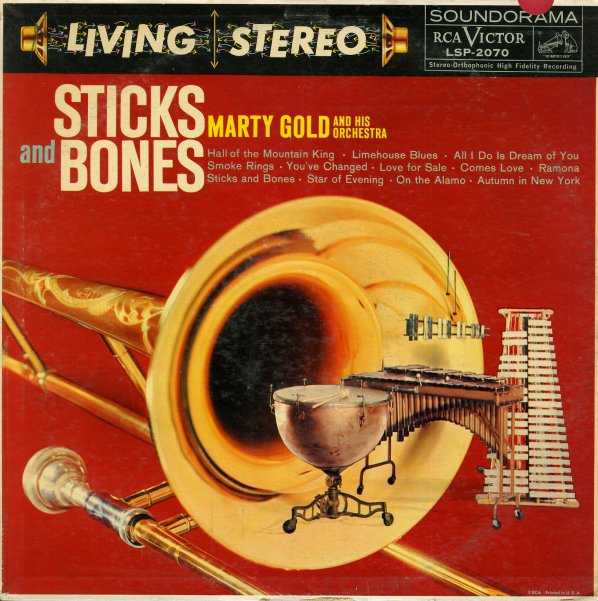 Sticks & Bones – percussion and trombones – a great little combination in the hands of hi-fi arranger Marty Gold! The album's one of Marty's most dynamic for RCA – a nice little set that soars with creative arrangements that definitely push the sound spectrum of the average 50s hi-fi! Titles include "Smoke Rings", "Comes Love", "Sticks & Bones", "On The Alamo", "King Of The Mountain", "All I Do Is Dream Of You", and "Ramona".  © 1996-2022, Dusty Groove, Inc.
(Mono pressing with deep groove, 1s/1s stampers! Cover has minimal wear, corner bump.)