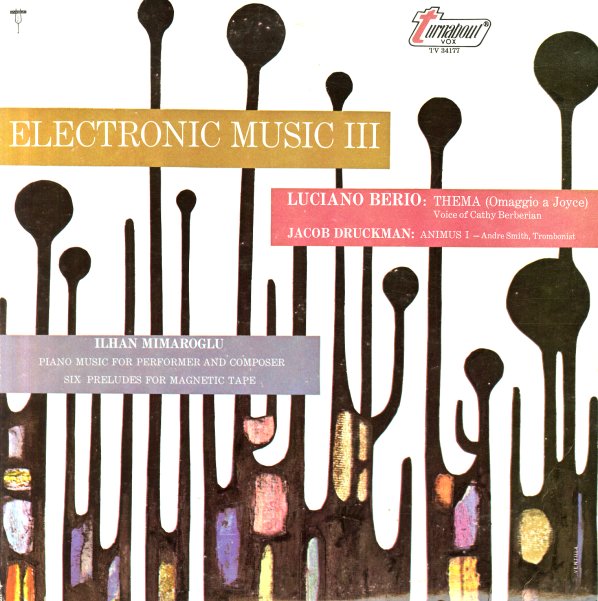 Collection of avant electronic pieces, with one work apiece from Berio and Jacob Druckman, and 2 by Ilhan Mimaroglu. Berio's work is "Thema", which is an hommage to Joyce, and features Cathy Berberian. Ilhan Mimaroglu's best piece is "Six Preludes For Magnetic Tape", which also features some vocals, and a poem in the middle. Wild stuff!  © 1996-2020, Dusty Groove, Inc.

Electronic Music
Turnabout, Late 60s. Very Good-
LP...$9.99
Classic early album of electronic music that features some nice pieces by Walter Carlos – "Dialogues For Piano & 2 Loudspeakers" and "Variations For Flute & Electronic Sound" – both recorded in the years before he switched on Bach, and long before he changed ... LP, Vinyl record album