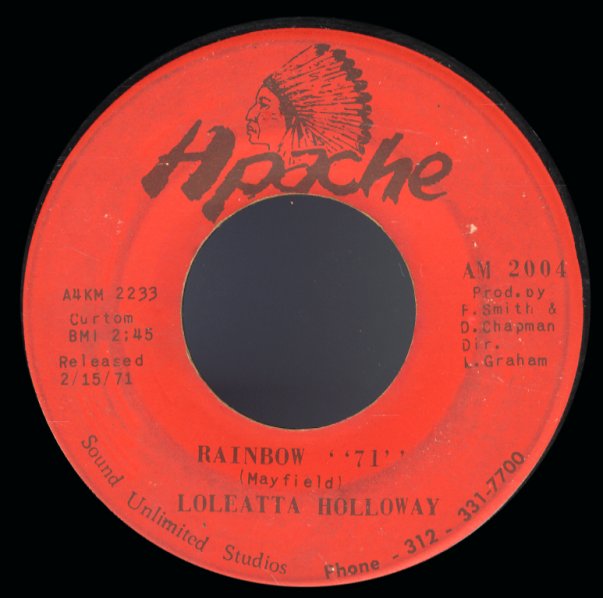 Very early single by Loleatta Holloway, and with much more of a raw southern soul feel than you'll find on other records. "Rainbow" is her version of the Gene Chandler classic, and although it's pretty faithful to the original, Loleatta gives it a nice new sound.  © 1996-2020, Dusty Groove, Inc.