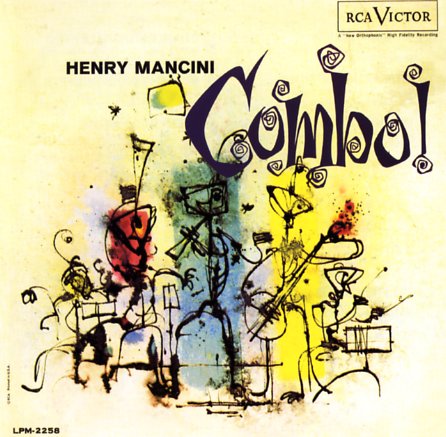 A combo session with more than enough excitement to warrant the exclamation point in the title – one of Henry Mancini's jazziest records ever, and a date that's filled with some great west coast players! The sound here is a hip extrapolation of the Mancini groove heard on crime jazz soundtracks like Peter Gunn and Mr Lucky – but it's taken to slightly leaner territory here, with a nice focus on the solo talents of the group members. There's still 11 players in the group – so the combo isn't exactly small – but the spacious Mancini arrangements allow each player to step out nicely with a voice of their own. The lineup includes Pete Candoli on trumpet, Dick Nash on trombone, Ted Nash on alto and flute, Art Pepper on clarinet, Ronny Lang on baritone, Bob Bain on guitar, and Larry Bunker on vibes – and Johnny Williams plays both piano and harpsichord, the latter of which sounds plenty darn groovy! Titles include Cy Coleman's wonderful "Playboy's Theme", plus "Castle Rock", "Everybody Blow", "Far East Blues", "Powdered Wig", and "Moanin".  © 1996-2022, Dusty Groove, Inc.
(Mono black label pressing. Cover has light wear with some heavier edge wear on the top seam.)

Symphonic Soul
RCA, 1975. Near Mint-
LP...$11.99
One of Henry Mancini's grooviest LPs from the 70s – a mixture of tight large arrangements with a smooth funky edge, similar to some of his best soundtrack work at the time! The rhythm section is great – with Harvey Mason on drums and Joe Sample on keyboards, and guitar by David T ... LP, Vinyl record album