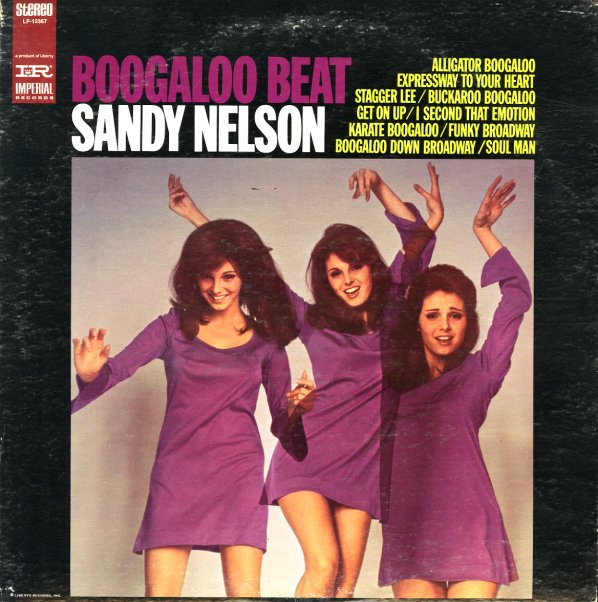 Groovy stuff from Sandy Nelson – one of his best albums ever! Despite the title, this isn't exactly the Latin soul adventure you might think – but it is a nice batch of drum-heavy instrumentals, with a good soul boogaloo beat to them. The best tracks are the ones with "boogaloo" in the title – like "Mystery Boogaloo", "Buckaroo Boogaloo", "Karate Boogaloo", and a cover of Lou Donaldson's "Alligator Boogaloo".  © 1996-2021, Dusty Groove, Inc.
(Stereo pressing.)