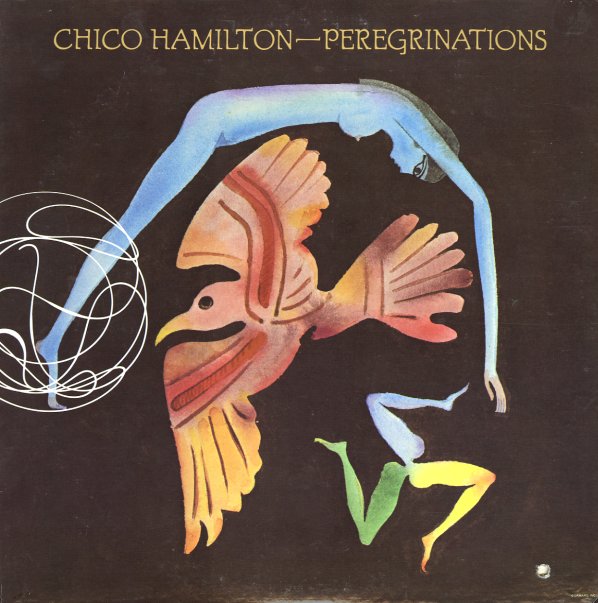 One more amazing chapter in the mighty development of drummer Chico Hamilton – a killer 70s session for Blue Note – and a record that goes way beyond his earlier experiments of the 50s, modal grooves of the 60s, and funk work for the Flying Dutchman label! The style here is fusion, but way fresher than the usual type – neither jamming rock-styled, nor mellow and smooth – and instead always tickled by Hamilton's sense of a unique rhythm, and his continued great ear for inventive use of reeds – in this case handled by Arthur Blythe on alto and Arnie Lawrence on soprano and tenor sax. The set's also got Steve Turre on bass and trombone, and both Barry Finnerty and Joe Beck on electric guitars – but the real genius is Chico himself, who handled arrangements and wrote most of the album's great tracks. Titles include the exotic number "Abdullah & Abraham" – plus "Andy's Walk", "Peregrinations", "It's About That Time", "Sweet Dreams", "On & Off", "Little Lisa", and "Space For Stacy".  © 1996-2022, Dusty Groove, Inc.
(Cover has light wear and a cutout hole.)

Chico Hamilton Special (Jazz Odyssey)
Columbia, 1960. Near Mint-
LP...$9.99
Chico didn't cut too many sides for Epic – but there was a short period, between his stints with Pacific Jazz and Impulse were he did a few sessions with the label. The quintet here is the group with a cellist, in this case Nate Gershman, plus guitar, bass and Charles Lloyd on flute and alto ... LP, Vinyl record album