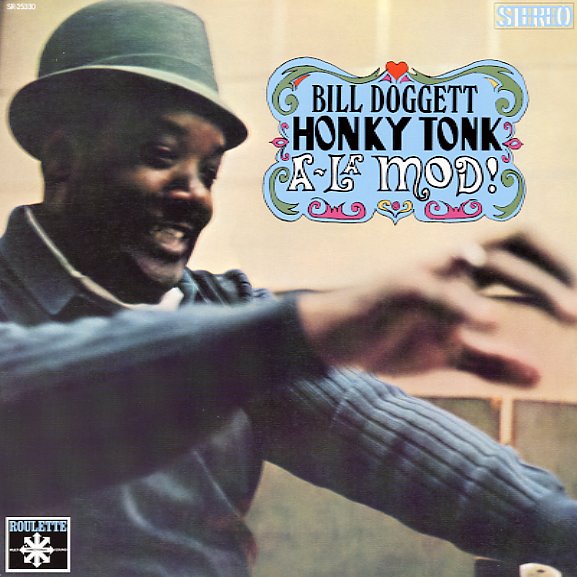 The soulful Hammond of Bill Doggett gets a sweet shift for the 60s – hitting a mod jazz mode that Bill no doubt inspired by his groundbreaking work of the 50s! The groove here is nicely snapping – in a space between soul instrumental work and jazz, with lots of tight guitar from Billy Butler and Chuck Rainey alongside Doggett's organ lines – plus work from a young Jimmy Castor too! The set's got reprises of a few of Doggett's classics – like "Honky Tonk" and "Hold It" – but the sound has a lot more of a groovy 60s feel than his sessions for King – and the Hammond is nice and lean, with less of the stops-open, "roller skate" sound that made some of the older sessions sound a bit dated. Production is great – very much informed by the best of 60s soul on Atlantic or Stax – and titles include "Bueno", "C'Mon Git It", "Booga Man", "Ko Ko", "Mr. Man", and "Doctor Joy".  © 1996-2021, Dusty Groove, Inc.
(Orange label pressing.)

School Of Rebellion
Roulette, 1958. Near Mint-
LP...$14.99
This ex-Kentonite leads a group of modernists (Frank Socolow, Don Sebesky, Bill Elton) through a suite of his excellent original compositions, including "An Esthete on Clark Street", "Pickwick", and "The Golden Apple", plus a reading of "Manteca" that's ... LP, Vinyl record album

Life Is A Many Splendored Gig
Roulette, 1958. Very Good+
LP...$11.99
Incredibly hip big band work from trumpeter Herb Pomeroy – proof that the Boston influence in the 50s was a very good force in modern jazz! The group here is large, but the sound is often quite lean – done with an open focus on the strongest soloists in the group – players who ... LP, Vinyl record album