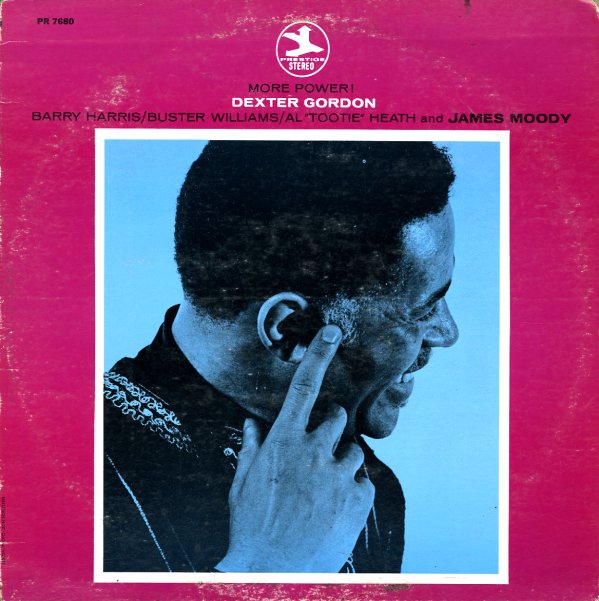 "Power" is right, as this is one of Dex's few great group sessions from the late 60's. Unlike a lot of other records from the time – in which he solos long and meanderingly with a piano trio backing him up, on standards he's played a million times – this one has him playing with a tight group that includes James Moody, Barry Harris, Buster Williams, and Albert Heath, on a set of nice original material with titles like "Fried Bananas", "Boston Bernie", and "Sticky Wicket". There's also 2 jazz standards – "Lady Bird" and "Meditation" – but they're both taken in a nice tight way, and in keeping with the rest of the album.  © 1996-2022, Dusty Groove, Inc.
(Green label pressing. Cover has some ring and edge wear and a stain at the bottom right corner.)