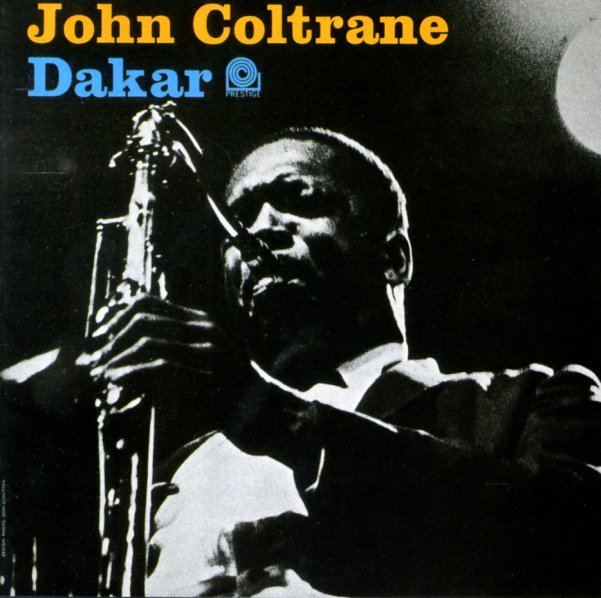 Darkly brooding work from John Coltrane's early years as a leader on Prestige – a very unique little record that features twin baritone sax support from Pepper Adams and Cecil Payne! Both players are wonderfully hip here – more than enough to match Trane's unique musical vision for the group's format – and the sound of the session is much edgier than some of his other Prestige work – which may be why the label chose not to issue it until 1963, even though it was recorded back in '57. There's a nice roughness here – the same inspirational early sound you'll get on Coltrane's early sides for Savoy or Imperial – and other players include Mal Waldron on piano, Doug Watkins on bass, and Art Taylor on drums. Titles include "Cat Walk", "Dakar", "Route 4", "Velvet Scene", and "Witches Pit".  © 1996-2021, Dusty Groove, Inc.
(Blue trident label stereo pressing in a purple tinted cover. NOTE – Vinyl has numerous marks and plays with crackles in varying degrees throughout. Cover has pieces of wide reinforced tape holding the seams and spine, bent corners, and aging.)