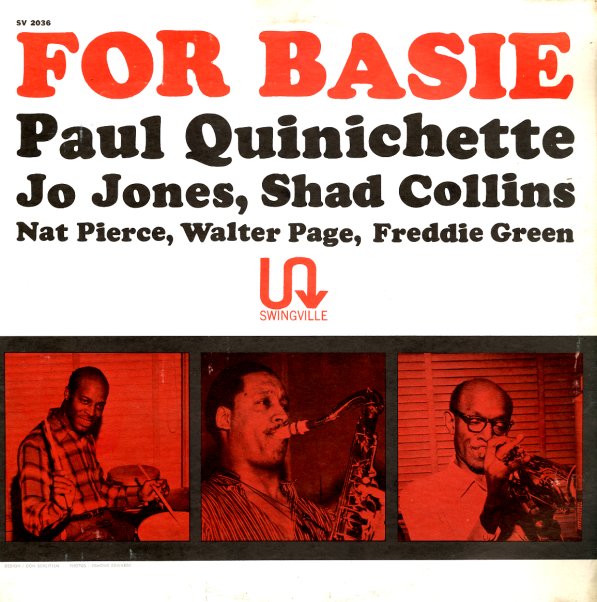 Smoking tenor sax from Paul Quinichette – heard here in a small group of Basie bandmates, but in a setting that also has all the players stretch out a lot more than usual! Tracks are a bit long, and in addition to Quinichette on tenor, the set also features Shad Collins on trumpet, Nat Pierce on piano, and Freddie Green on guitar!  © 1996-2021, Dusty Groove, Inc.
(Red label Swingville pressing with RVG stamp. Cover has light wear, some aging around the edges, very small seam splits, and a bit of pen on back.)

All Day Long
Prestige, 1957. Good
LP...$9.99
One of the best blowing sessions on Prestige – and proof that Kenny Burrell could hit a nice groove when he wanted to! The record is a very open-ended set, and players include Burrell, Donald Byrd, Frank Foster, Tommy Flanagan, Doug Watkins, and Art Taylor. Side one features a great long ... LP, Vinyl record album

Groove Blues
Prestige, Late 50s. Very Good
LP...$28.99
One of the tasty blowing session albums that Jug cut for Prestige – remarkable in the quality of the players (Coltrane, Mal Waldron, Pepper Adams, and others), and in the relaxed easy groove of the solid soulful tracks. There's 4 long cuts, and they all swing nicely nicely nicely! Titles ... LP, Vinyl record album