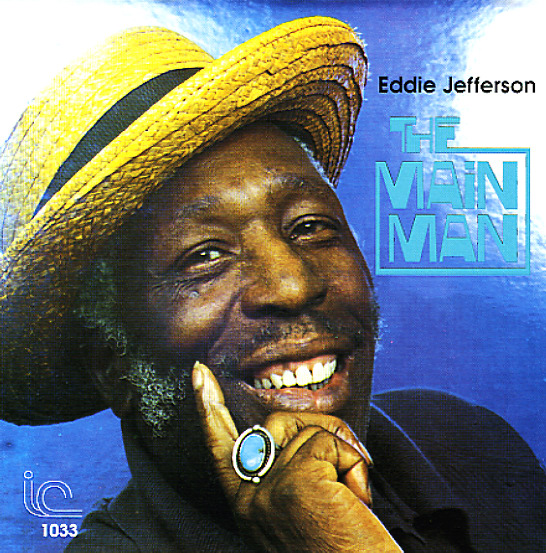 One of our favorite albums ever from Eddie Jefferson – one of the last sessions he ever recorded as a leader, and a stone cooker through and through! The arrangements here are by Slide Hampton, who hits a really soulful groove for the set – one that moves away from some of the more experimental modes of other Jefferson dates of the 70s, and hits a snapping, swinging style that moves Eddie back to his hippest modes of the 60s. Hampton plays trombone in the group, and other players include Charles Sullivan on trumpet, Richie Cole on alto, Junior Cook on tenor, Hamiet Bluiett on baritone, and Harold Mabern on piano and electric piano. Leon Thomas produced the record, and Joyce Lawson guests as the female voice on a remake of "Moody's Mood For Love". Other titles include a killer version of Duke Pearson's "Jeannine" that is probably worth the price of the album alone – and there's also "Benny's From Heaven" and "Freedom Jazz Dance", both of which are great, too – plus "Summertime", "Exactly Like You", and "Night Train".  © 1996-2022, Dusty Groove, Inc.
(Purple label pressing. Cover has some ring and edge wear, half split top seam, small split in the bottom seam, and a name in marker in back.)

Other World
Inner City, 1980. Near Mint-
LP...$11.99
Sweetly grooving vocals from Judy Roberts – a Chicago homegirl, but one with the warm sunny touches of the California scene of the late 70s! The record's got Judy working with a tight small combo – keyboards, bass, guitar, and percussion – grooving away in a sweet mode that works ... LP, Vinyl record album

This Is New – Teddi King Sings Ira Gershwin
Inner City, 1978. Near Mint- Gatefold
LP...$2.99
A very laidback little album from Teddi King – a set that mostly features Teddi singing with only piano accompaniment from Dave McKenna, and which also features a few solo tracks by Dave as well! Teddi's voice has changed a bit since the 50s – but in a good way, with a bit more human ... LP, Vinyl record album