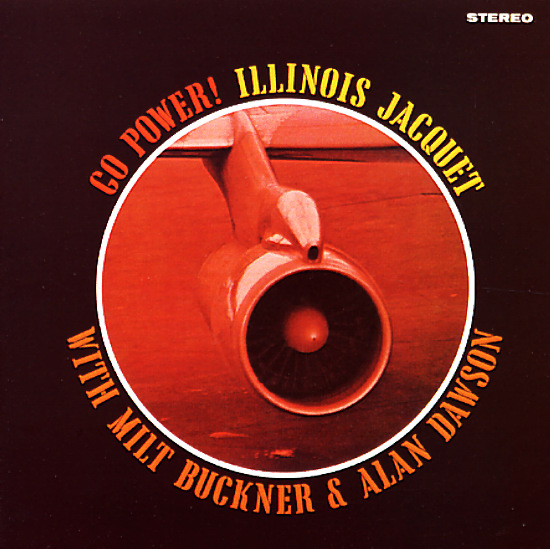 Go Power indeed – as the album's a really stripped down groover, and one that has the tenor of Illinois Jacquet working in spare trio formation with Milt Bucker on Hammond and Alan Dawson on drums! The record's got a sound that's even earthier than some of Jacquet's other work for Argo – partially because the session was recorded live at Lennie's On The Turnpike in Boston, but also because the tracks are longer and a bit more open-ended. Buckner's a great counterpart for the album, with a groove that's deeper than we remember – and the hip drumming of Alan Dawson helps keep things in a groovier 60s mode throughout. Titles include "Watermelon Man", "Illinois Jacquet Flies Again", "On A Clear Day", and "Pamela's Blues".  © 1996-2021, Dusty Groove, Inc.
(Blue label stereo pressing with deep groove. Cover and vinyl have a small drillhole through the center.)