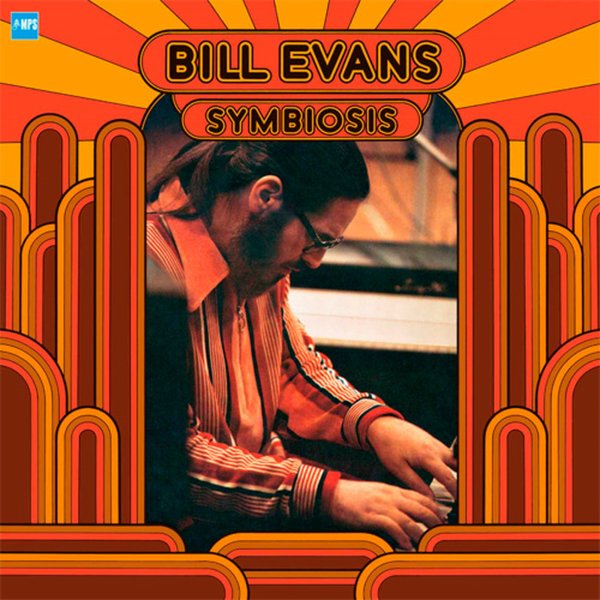 Fantastic stuff – and one of our favorite lost sessions from the 70s! The album's a completely unique work by pianist Bill Evans album – one that features him playing both electric and acoustic piano over stunning arrangements by Claus Ogerman! The sound is indescribably beautiful, with a range of moments that span a number of styles – all of them dark and moody. Evans' playing is at that complex late stage, and Ogerman's orchestrations are completely sympathetic, never intrusive, and offer a brilliant showcase for haunting lines of dark, introspective genius from Evans. In a way, we'd compare this one to some of the more baroque CTI sessions – or to later work in recent generations by artists like Chris Bowden! The album features 2 different movements of the larger "Symbiosis" suite – divided up into a total of 5 long tracks in all!  © 1996-2021, Dusty Groove, Inc.
(US pressing on PAUSA with large logo labels, in a non-gatefold cover. NOTE – Vinyl is in great shape, but cover is wrinkled along the spine, with some surface wear and small seam splits.)

Way We Are (US pressing)
MPS, 1974. Near Mint-
LP...$9.99
Funky and Latiny! Although we don't normally dig records by George Shearing, this cool 1974 session for MPS is a nice groover with a good 70's sound that adds a lot of tight rhythm to Shearing's often-sleepy playing – coming up with a whole new sound that has some really wonderful moments! ... LP, Vinyl record album

High Voltage
MPS, 1970. Near Mint-
LP...$5.99
Late niceness from Count Basie – and a set that definitely lives up to its name – a really high energy set, and one of the few times that Basie ever recorded for the MPS label! The group here works with sharp arrangements from Chico O'Farrill – who's got that punchy groove he was ... LP, Vinyl record album