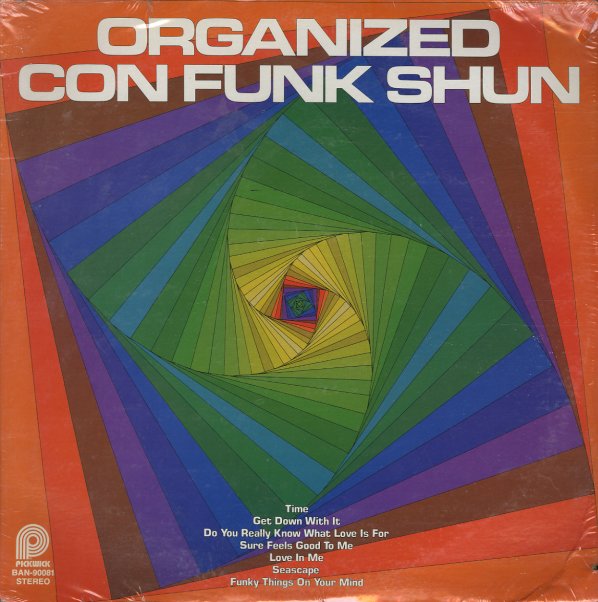 Early stuff by Con Funk Shun, recorded in 1973, and a lot funkier than some of their later work. The set went down in Memphis, and the overall sound is kind of a Bar-Kays-ish ensemble funk style, although with less of a heavy guitar groove. We're not sure if there ever was another pressing of the material – as this 1978 Pickwick issue is the only one we've ever seen. Tracks include the 9 minute long instrumental "Seascape", plus "Funky Things On Your Mind", "Love In me", "Time", and "Get Down With It".  © 1996-2022, Dusty Groove, Inc.
(Cover has a cutout notch and light wear. Vinyl has cosmetic sleeve marks that do not affect play.)

Pointer Sisters (Pickwick pressing)
Pickwick, 1973. Sealed
LP...$7.99
The fantastic debut of The Pointer Sisters – an album that's a lot deeper than most of their crossover pop from years to come! At the time of the album's release, the trio were a badass group of female singers on the Bay Area scene – out to redefine the role of the girl group in soul ... LP, Vinyl record album

Shaft
Pickwick, Early 70s. Near Mint-
LP...$11.99 14.99
Groovy version of the Shaft soundtrack, played by the obscure studio group Soul Mann & The Brothers (who are actually led by Sy Mann). The set includes the best cuts from the score, like "Walk From Regio's", "Cafe Regio's", "Theme From Shaft", and "Bumpy's ... LP, Vinyl record album

Heartbreaker
Arista, 1983. Near Mint-
LP...$1.99
Sweet 80s soul from Dionne Warwick – an album that features a fair bit of production work from Barry Gibb – and a sometime sound that definitely shows his presence! The style here is smoother than Dionne in earlier years – with a nice undercurrent of jazz in the instrumentation, ... LP, Vinyl record album