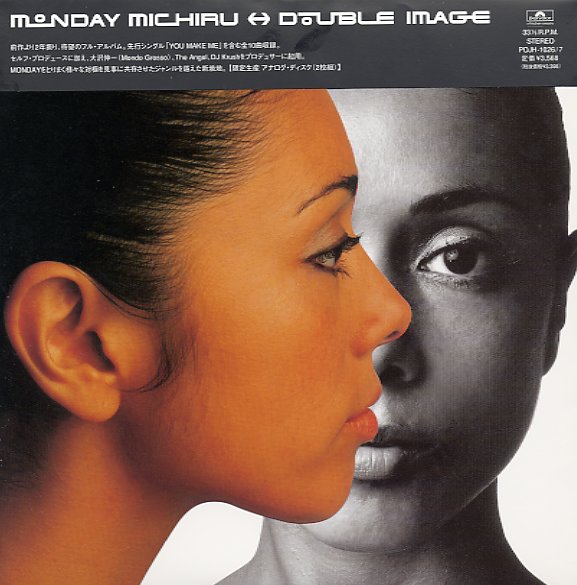 A real turning point for Monday Michiru – a set that has the Japanese singer moving into more complex rhythms than some of the straighter soul of her initial releases – really keeping things interesting as she stretches out lyrically too! Monday arranged and produced most of the record – although she also has help from some great guests, as was common in her early years – a lineup that includes DJ Krush, Mondo Grosso, Byron Wallen, and The Angel – all of whom add some creative energy to the project. There's a touch of drum and bass in the mix at times, but the key highlight is Monday's great sense of song and her fantastic vocals – soaring out as one of the few late 90s audiences who can take things over the top to a whole new audience. Cuts include "Reflexions", "You Make Me", "Island Of The Saints", "Method 2 The Madness", "Double Image", and "Scheme Of Things".  © 1996-2021, Dusty Groove, Inc.
(Please Note – CD case has a sticker in Japanese on the back.)