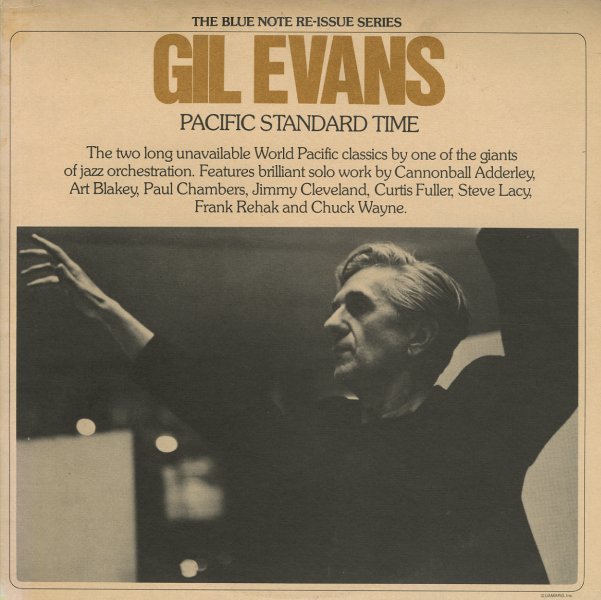 Blue Note 2-fer that brings together some of Gil Evans' great modernist jazz pieces for the World Pacific label. The material was all recorded in New York in 1958 and 1959, and the groups include crack jazz players like Steve Lacy, Art Blakey, Cannonball Adderley, Johnn Coles, Elvin Jones, and Evans himself. The tracks are mostly standards, but they're given super-sharp arrangements by Evans, in the style that he was using for some of his work with Miles Davis. They also feature prominent soloists, also as with the Miles work, and titles include "Chant Of The Weed", "Lester Leaps In", "Round Midnight", "Manteca", and "Sruttin With Some Barbeque". 2 LPs, with a good essay on Evans' work.  © 1996-2021, Dusty Groove, Inc.
(Cover has a cut corner and light wear.)