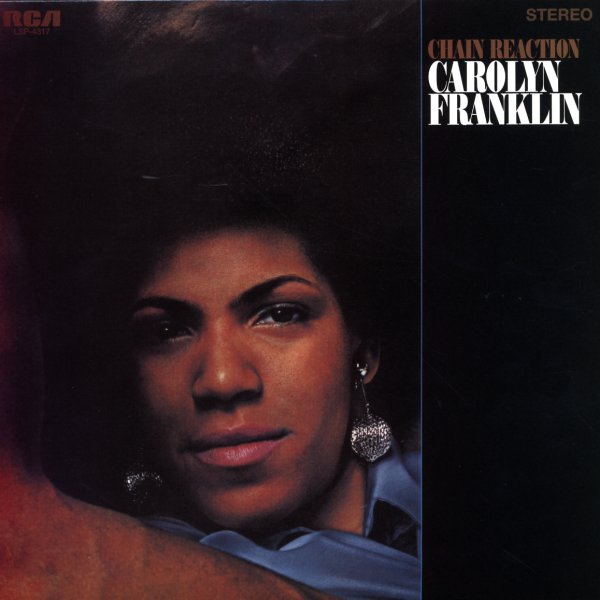 Proud and loud female soul from Carolyn Franklin – a singer who's every bit as great as her famous sisters Aretha and Erma – heard here on her second outing for RCA! The album's got a bit more sophistication than the first – a style that's still drenched in Franklin's deep soul roots, but which pushes some wider song styles into the mix – at a level that helps Carolyn keep from being a cliched copy of Aretha. Arrangements are by Sonny Sanders, Wade Marcus, and Bert DeCoteux – and Carolyn's vocals are backed by The Sounds of Soul on a number of cuts – a trio of female singers, but one that's a lot harder-hitting than the Sweet Inspirations over at Atlantic. Titles include "Not On The Outside", "Shattered Pride", "You Really Didn't Mean It", "Right On!", "I Ain't Gonna Love Nobody Else", and "Chain Reaction".  © 1996-2023, Dusty Groove, Inc.
(Cover has mostly all split seams, surface & ring wear.)