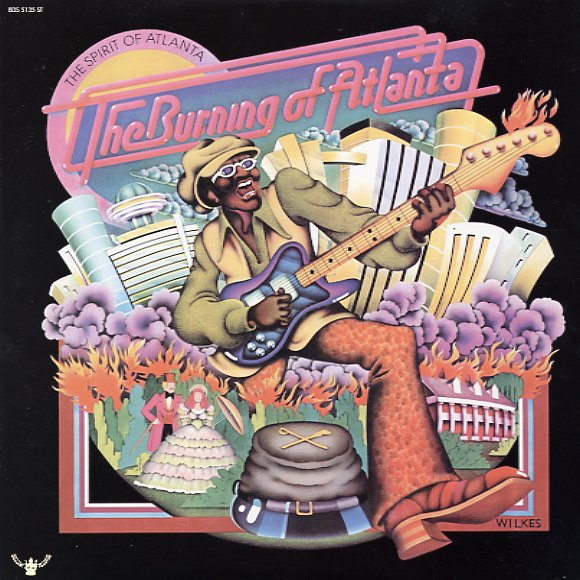 Totally great – and a record you probably know nothing about! The album's one of the greatest ever to come out of the Hotlanta scene of the 70s – a tight batch of funk tracks with a heck of a lot of guitar. The set was produced by Tommy Stewart, of "Bump and Hustle" fame – and it's got an unusual style that's equally appealing to fans of funk, and fans of clubbier music – lots of tight playing, hard riffing, and longer grooves that soar along with impeccable grace. The whole thing's almost like the classic Wood Brass & Steel album – but with some rougher edges that make it even better! Includes the great tracks "Vine City" and "Messin Around", both of which are very long funk tracks, plus shorter cuts that are just as funky, like "Down Underground", "Freddie's Alive and Well", and "Buttermilk Bottom". Don't pass this up, it's a funky monster classic!  © 1996-2022, Dusty Groove, Inc.

Gold Experience (transluscent gold vinyl pressing) (2022 Record Store Day Drop)
Warner, 1995. New Copy 2LP (reissue)
LP...$32.99
A great return to form for Prince – even though at the time, we all had to refer to him with an unpronounceable symbol! There's a lean, funky vibe to most of the record – almost a step back to the unified group approach of his mid 80s classics – and even though a few sonic ... LP, Vinyl record album