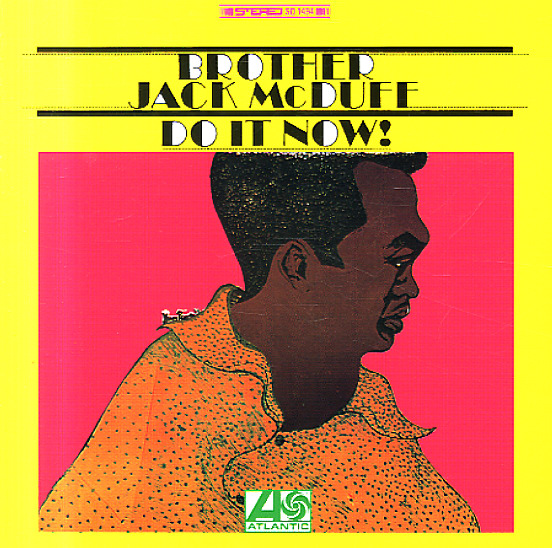 Tight funky instrumentals from Brother Jack McDuff – an Atlantic groover that's probably closer to his late 60s gems for Cadet Records than it is his earlier work for Prestige! The solos are shorter, but they're packed nicely around the rhythms – played by a combo that features a young Melvin Sparks on some mighty nice guitar – plus Leo Johnson on tenor and Ray Appleton on drums! The groove is tight and choppy, with little bits of funk, and McDuff's usual sense of humor and warmth – and for the record, Jack wrote loads of original tracks, including "Mush Melon", "Snap Back Jack", "Strolling Blues", and "Do It Now".  © 1996-2022, Dusty Groove, Inc.
(Stereo blue and green label pressing. Cover has a small cutout mark.)

Live It Up
Sugar Hill, 1984. Sealed
LP...$13.99
An overlooked bit of soul from Brother Jack McDuff – an obscure session cut for the mostly-rap Sugarhill label in the mid 80s, and one that has some great touches! The record takes the sound of McDuff's 70s playing, and filters into a bit of R&B-styled arrangements – making for a ... LP, Vinyl record album

Dynamic Jack McDuff
Prestige, 1964. Very Good- Gatefold
LP...$7.99
A great groover from Brother Jack! The record is one of a few that Prestige cut matching Jack's hot quartet with the larger arrangements of Benny Golson – and that formula created some real winners that still sound great today! Sure, the formula was initiated by matching Jimmy Smith with ... LP, Vinyl record album