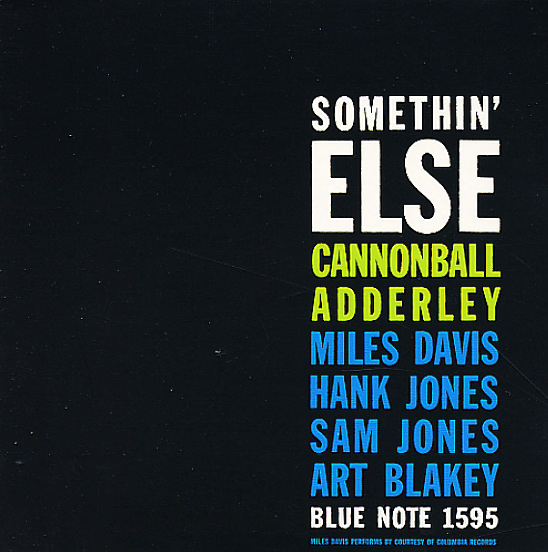 Also available
Cannonball Adderley — Somethin' Else (RVG Remaster Edition) ... CD 4.99
A landmark album – even if it was the only session that Cannonball Adderley ever cut for Blue Note! The album was recorded at a time when Adderley was working with Miles Davis – and as such, the session features a group that includes Miles, blowing trumpet in a cool tone that's a perfect offset to Cannonball's more soulful style on alto sax – also different than the sound of his brother Nat, who was Adderley's more frequent partner on records. The rest of the group includes Hank Jones on piano, Sam Jones on bass, and Art Blakey on drums – and like John Coltrane's Blue Train, the record's more of an "special session" than the usual Blue Note album, but the strength of the players make it one of the more memorable records of its day! Titles include "Somethin' Else", "One For Daddy-O", "Autumn Leaves", "Love For Sale", and a nice moody take on "Dancing In The Dark".  © 1996-2023, Dusty Groove, Inc.
(Japanese King pressing, with obi – GXF 3001. Back cover has some aging, but front looks nice.)