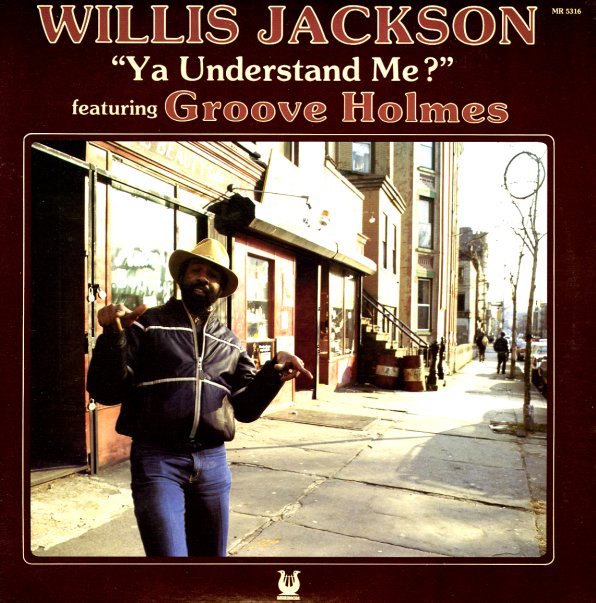 Back to basics work from Willis Jackson – a live date recorded in France at the start of the 80s, but one that's done with a soul jazz vibe that recalls his 60s concert sets for Prestige! The group here is a quartet, with Richard Groove Holmes on Hammond – and the tracks are long and open, with plenty of room for jamming, and the sort of tenor/organ interplay that Jackson used to hit with Jack McDuff. The album features two long groovers – "Ya Understand Me" and "More" – and hits a mellower tone on the cuts "Body & Soul", "My One & Only Love", and "The Head Tune".  © 1996-2021, Dusty Groove, Inc.
(White label promo. Cover has a torn cutout notch at the top right corner and an index label and clear tape on the spine.)

Legacy Of Bobby Jones (aka Arrival Of Bobby Jones)
Muse, 1972. Near Mint-
LP...$9.99
An excellent debut from saxophonist Bobby Jones – an extremely talented player whose work was a big part of the Charles Mingus group in the early 70s – and an artist who works with a surprising sense of soul! The album's got Bobby in a really great lineup – with sensitive backing ... LP, Vinyl record album

Richie Cole & Eric Kloss Live At The Tin Palace – Battle Of The Saxes 2 (Japanese pressing)
Muse/Seven Seas (Japan), 1976. Near Mint-
LP...$19.99
A Japanese-issued version of this great twin-alto date for Muse – one that features Richie Cole in the right channel and Eric Kloss in the left – with Mickey Tucker on electric piano, Rick Laird on bass, and Eddie Gladden on drums! All tracks are nice and long – with plenty of ... LP, Vinyl record album