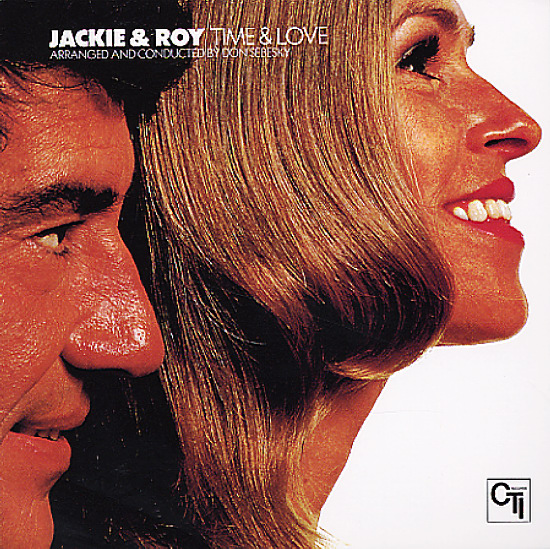 An excellent 70s set by Jackie & Roy – very different than their work of the 50s and 60s, with an approach that's much more far-reaching and complicated – a style that opens up their vocal talents majestically! Gone are the simpler ditties of earlier years, and in their place are warmly gliding numbers that open up to really unique vocal interplay – sometimes with Jackie in the lead, but other times trading back and forth with all the kind of complicated inflections you'd expect from early 70s CTI! Don Sebesky handled the arrangements with a great mix of spacey and breezy sounds – some slight electric touches at the bottom, but never in a way that makes the record too slick or smooth. Titles include a great version of "Bachinas Brasileiras #5", plus "Heading", "Summer Song", and "Lazy Afternoon".  © 1996-2022, Dusty Groove, Inc.
(Cover has a cutout hole.)