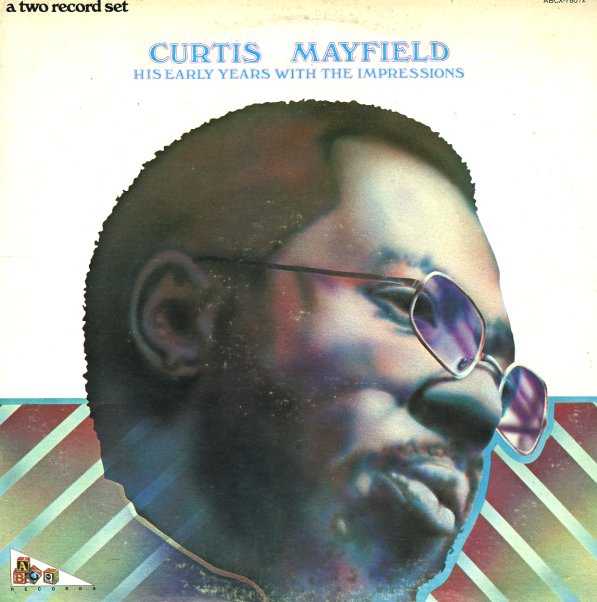 His Early Years With The Impressions

Nice 2 LP set that brings together some of the best material from The Impressions' classic 60's sides of Chicago soul, recorded for ABC. The original LPs are pretty darn tough to find, and this set's got a lot of nice tracks that go way past the usual hits. Titles include "We're A Winner", "Woman's Got Soul", "Grow Closer Together", "I'm The One Who Loves You", "Sad, Sad Girl & Boy", "Riding High", "Keep On Pushing", and "Gypsy Woman".  © 1996-2022, Dusty Groove, Inc.
(Labels have small stickers. Cover has a cutout notch, minor seam splits, and light wear & aging.)