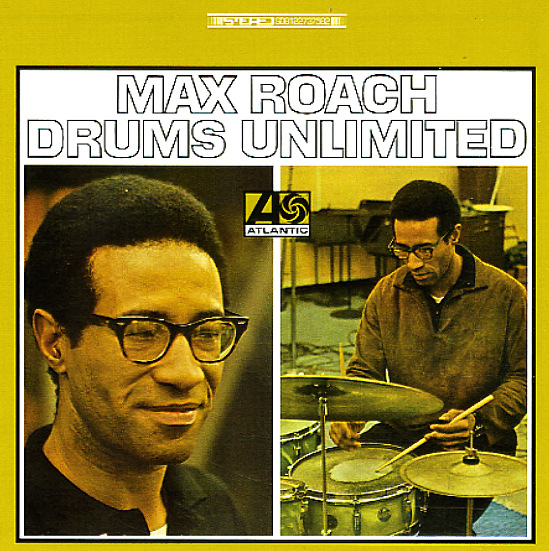 The drums are certainly unlimited here – and the album's a really unique one, in that it shows Max Roach in 2 different settings – one with a group, and one that's simply solo! One batch of tracks has Max in the company of a tight group of soul jazz players like Freddie Hubbard, Roland Alexander, James Spaulding, and Ronnie Matthews. The group is very tight, and they've got hard wailing sound similar to a Blue Note group, but with a bit more of a soul jazz feel. They play on two long tracks – "Nommo" and "In the Red". The rest of the tracks – "Drums Unlimited", "The Drum Also Waltzes", and "For Big Sid" – feature Max playing solo, which is a rare treat for a recording of this vintage. The tracks are great, with a very musical groove, and lively playing by Max that never gets too self indulgent.  © 1996-2021, Dusty Groove, Inc.
(Red and green Rockefeller label pressing. Cover has light wear.)

Freedom Now Suite
Candid/Columbia, Early 60s/Late 70s. Near Mint-
LP...$24.99
Reissue pressing of Max Roach's legendary political suite, an insistent plea for freedom and equality during the civil rights movement. One of the most righteous albums that Max Roach ever cut – and a monumental jazz release from the heart of the Civil Rights era! As you can guess from the ... LP, Vinyl record album