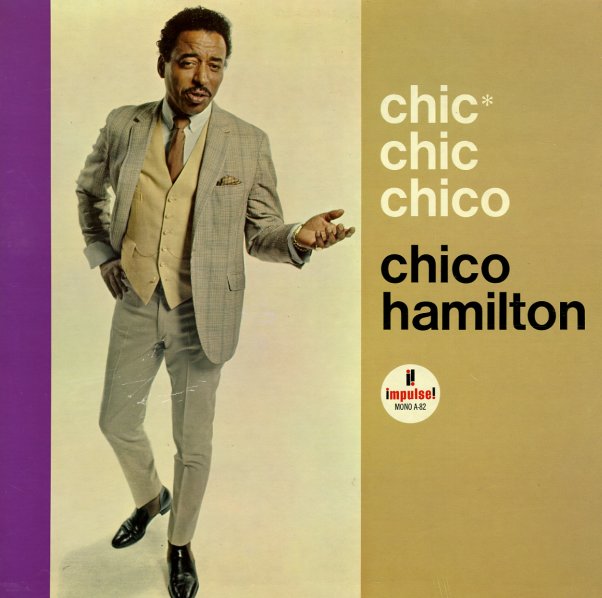 Very very cool set of weird grooves from Chico Hamilton. Some tracks are Latiny, others have lots of weird guitar, and they're all kind of spacey, but not exactly free. This period of Chico's is one of his weirdest, and it's kind of hard to figure out where he was heading, but the trip to that place is always a joy, and these tracks are all marked by a very fresh approach to jazz. Players include Willie Bobo, Jimmy Woods, Harold Land, Lou Blackburn, and other obscure jazz players from the LA underground. Gabor Szabo, of course, plays guitar on most tracks as well. With "Tarantula", "Swampy", "Fire Works", and "Carol's Walk".  © 1996-2021, Dusty Groove, Inc.
(Rainbow label stereo pressing. Cover has a small cutout hole, but is very nice overall.)