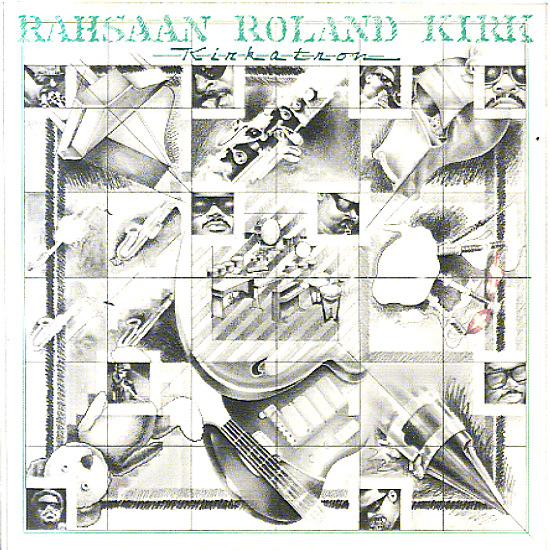 Later genius from Rahsaan Roland Kirk – a record of wonderful depth and soul, and a session that moves back to the straighter jazz focus of some of his work from the Mercury years – yet still keeps all the personality and charm of the best Atlantic sides! Roland's playing in a warm jazzy mode that still features some of his wit and tricks – but which also is even more nicely in a straight jazz vein on the album's best tracks – rolling out in a gently soulful 70s mode that features some slight electric touches, but which preserves a main focus on his own soulful work on a variety of saxes and flute. The lineup is great too – with a shifting group of players that include Hilton Ruiz, Billy Butler, Walter Perkins, and even the great Trudy Pitts – and titles include "Sugar", "Serenade To A Cuckoo", "The Christmas Song", "Los Angeles Negro Chorus", "Bright Moments", "Night In Tunisia", and "J. Griff's Blues".  © 1996-2021, Dusty Groove, Inc.
(Cover has a cutout notch and light wear.)