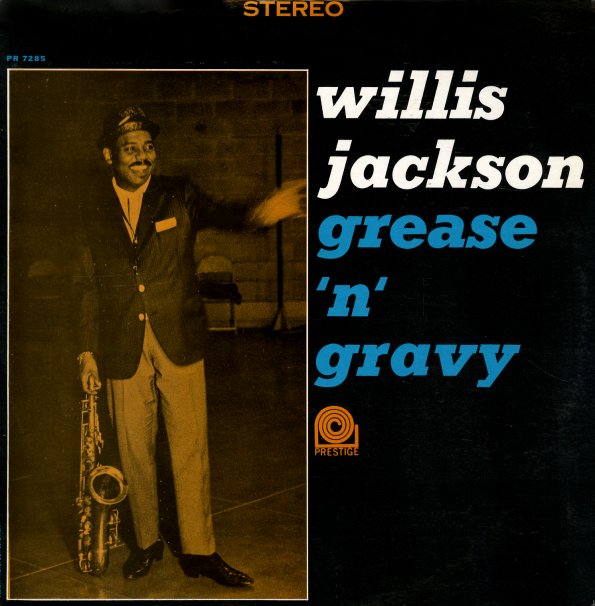 Great work from our favorite period in Willis Jackson's career – really hard-burning material that helped set a new standard for the organ/tenor sound in soul jazz! The combo here is one of Jackson's best – with Carl Wilson on organ and Pat Martino (billed as Azzara) on guitar, really cooking up a new sort of groove with Jackson's tenor – one that draws from his deepest R&B roots, but which makes an overall sound that's leaner and cleaner for the 60s! Apart from a hokey reading of "Stompin At The Savoy" (why did they ever put stuff like that on these records?), the album's filled with smokers like "Gra-a-avy", "Grease", and "Brother Elijah".  © 1996-2021, Dusty Groove, Inc.
(Stereo silver & black label pressing. Cover has some wear with a split spine and top seam.)