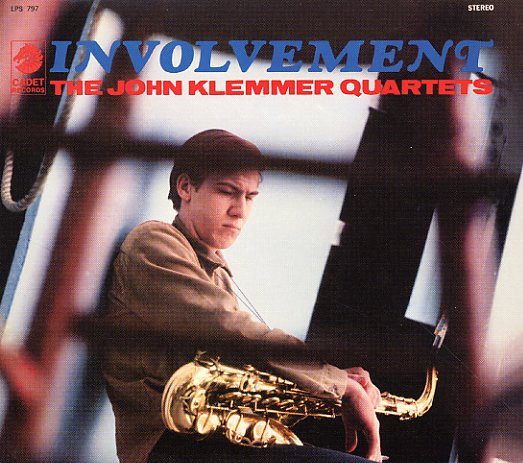 Beautiful early work from John Klemmer – one of the most under-rated talents of his generation, and a great player who frequently gets overlooked because of his later, smoother work. This album is Klemmer's first – recorded with a soulful Chicago tenor sound, touched with some of the freedoms of the late 60s Cadet Records scene. The approach is a bit like Eddie Harris at his best – with Klemmer rolling out soulful, stretched out notes over backing by a Harris-inspired rhythm section that includes Melvin Jackson on bass, Wilbur Cambell on drums, and Jodie Christian on piano. The groove is very solid, very in the pocket – and Klemmer blows in a tradition that includes Frank Strozier and Eric Alexander – 2 other players who've made a strong contribution to the Chicago scene. Titles include "My Blues", "Will N Jug", "Passion Food", "Stand In the Sun", and "Later With Them Woes".  © 1996-2021, Dusty Groove, Inc.
(Blue fade label stereo pressing. Cover has minimal wear and aging.)