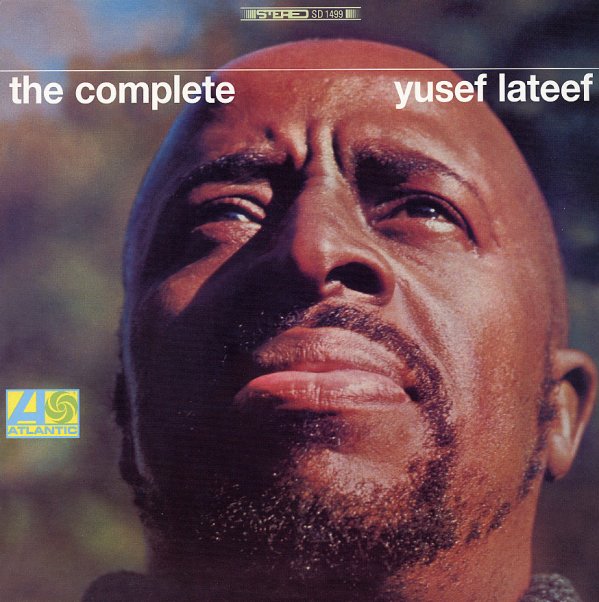 A soulful late 60s outing for Brother Yusef – one of his first, and one of his best, albums for Atlantic! Despite the misleading title, this isn't really the "complete" Yusef Lateef (it would have to be a 50 LP set for that!) – but the record is a nice slice of Yusef's playing from the late 60's, a record that shows him tightening things up a bit, and adding a bit of a soul jazz touch – but still keeping some of the jazz exotic roots of earlier recordings. The group includes Roy Brooks on drums, Cecil McBee on bass, and Hugh Lawson on piano – all Detroiters who have a keen sense of Lateef's style and poise on material like this! Titles include "Kongsberg", "See Line Woman", "Brother", and "You're Somewhere Thinking Of Me".  © 1996-2021, Dusty Groove, Inc.
(Red and green Rockefeller label pressing. Cover has a cutout notch.)