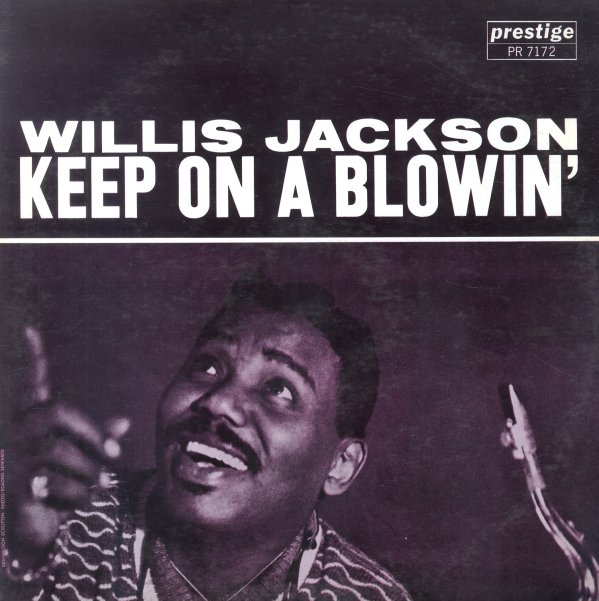 Keep On A Blowin'

Raw early stuff by Willis Jackson – and an album that has hard wailin' soul jazz solos by Brother Jack McDuff on organ and Wild Bill Jennings on guitar! Those two, plus Gator, make up the core of the combo that features additional backing by bass and drums, but you won't need to worry about the additional players, because the triple threat of tenor/organ/guitar will hold all your attention. Tracks are long, and as usual, the best ones are the originals, including "Blue Strollin", "A Smooth One", and "Keep On A Blowin".  © 1996-2021, Dusty Groove, Inc.
(Mono blue trident label pressing with Van Gelder stamp. Cover has some corner wear and light aging, in nice shape othewise.)