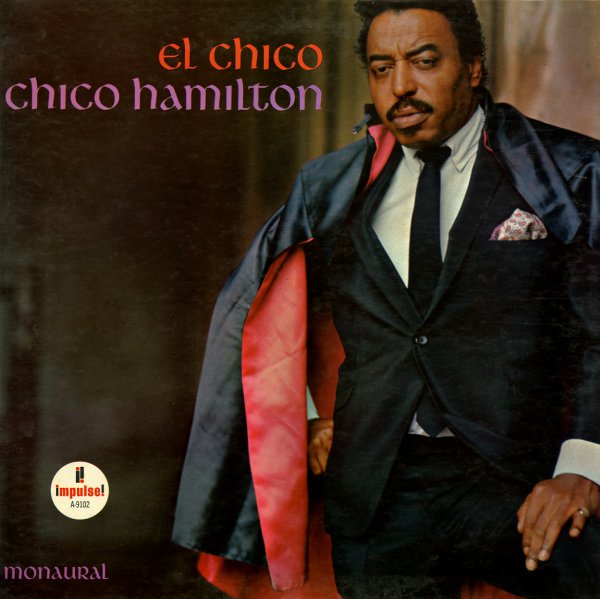 Amazing, simply amazing – and light years ahead of the staid sounds that Chico Hamilton was cutting in the 50s! Hamilton's one of those players who has an amazing range to his music – almost all of it really incredible, as Chico always shifts things up over time – continually trying new things, and new modes of expression – even though, given his popularity, he could have just kept recording the same things year after year. This album is true testament to that propensity for growth in Hamilton's music – a wonderfully unbridled set that's filled with unusual rhythms, odd instrumentation, and even some of the first touches of psychedelic jazz to appear in the 60s! Players include Sadao Watanabe on alto and flute, Gabor Szabo on guitar, Jimmy Cheatham on trombone, and Willie Bobo and Victor Pantoja on percussion – all working together in a really wonderful range of modes from track to track – always groovy, but also pretty far-reaching and exploratory too! Titles include "El Moors", "Helena", "Strange", "Marcheta", "El Chico", and "Conquistadores".  © 1996-2022, Dusty Groove, Inc.
(Mono orange and black label pressing with Van Gelder stamp.)