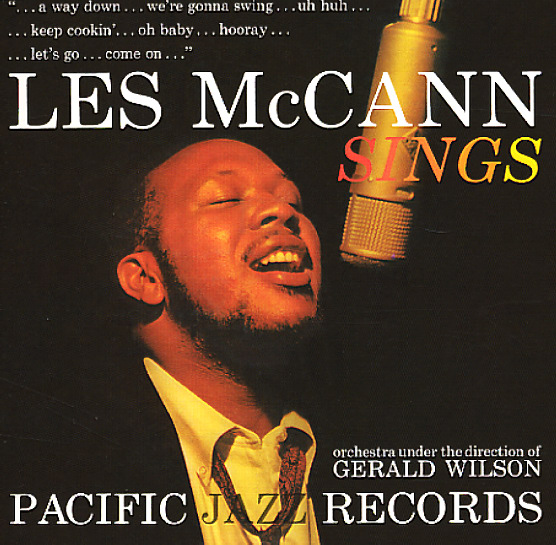 An early vocal set from Les McCann – quite unusual, and pretty darn soulful as well! The album's done in a mode that foreshadows Les' move to soul during the 70s, and features him singing to some hip arrangements by Gerald Wilson – in a soulful, jazzy style that was common for LA of the mid 60s – somewhere in a space between Lou Rawls and Arthur Prysock – with all the hip, adult aspects you'd expect from those references! Tunes include a fair bit of standards, but swung in really fresh ways by Wilson – and McCann's got this restrained style of singing that's really great – almost as if he's hiding a broken heart beneath his groove. Tracks include "It's Way Past Suppertime", "Next Spring", "Bye Bye Black Bird", "Deed I Do", "I Cried for You", and "Wonder Why".  © 1996-2021, Dusty Groove, Inc.
(Black & silver label pressing, with deep groove. Cover has split seams held with old tape, surface wear, aging, and some pen.)

Les McCann Plays The Hits
Limelight, 1966. Very Good
LP...$11.99 (CD...$18.99)
Play the hits Les does – but in a very groovy way! He's got a nice little combo on the record that includes Plas Johnson and Seldon Powell on saxes, plus some Latin percussion by Johnny Pacheco and Ron Rich. The great Leroy Vinnegar rounds out the group on bass, providing the rich strong ... LP, Vinyl record album

Gerry Mulligan Quartet (Pacific Jazz – PJLP 2) (10-inch)
Pacific Jazz, 1953. Very Good-
LP...$14.99
Gerry's second 10" album for the Pacific Jazz label – and almost as groundbreaking as the first! Not only is the quartet with Chet Baker featured strongly on side 1 – with classics that include "Cherry", "Carson City Stage", and "Motel" – but ... LP, Vinyl record album