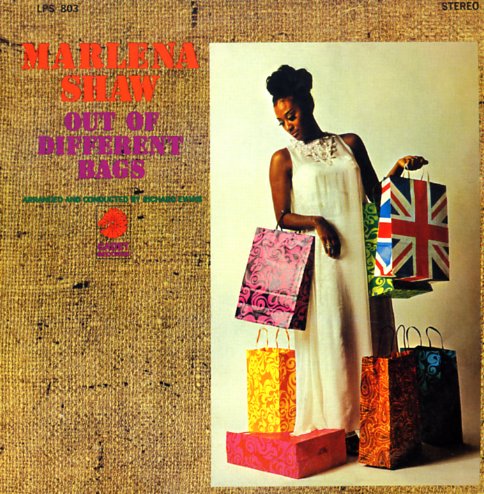 Marlena Shaw's first-ever album – and while not as all-out righteous as some of her later work, still a really unique record that quickly put Marlena head and shoulders above the rest of the pack! The record's a mix of jazzy vocal numbers and heavier soul tunes – arranged by Richard Evans with a hiply swinging sound that bridges modes nicely – and which offers a deeper, more sophisticated take on the kind of territory explored by Nancy Wilson on Capitol during the 60s. Tunes are a real mix of material, but all transformed nicely in this setting – so that standout session tunes like "Ahmad's Blues", "I've Gotten Over You", and "Nothing But Tears" sit very nicely next to more familiar numbers like "Matchmaker Matchmaker", "Alone Together", and "The Eyes Of Love". Also includes a great reading of "Somewhere In The Night"!  © 1996-2021, Dusty Groove, Inc.
(Orange label stereo pressing. Cover has a cutout notch and moderate wear and paste-on separation from moisture along the opening.)