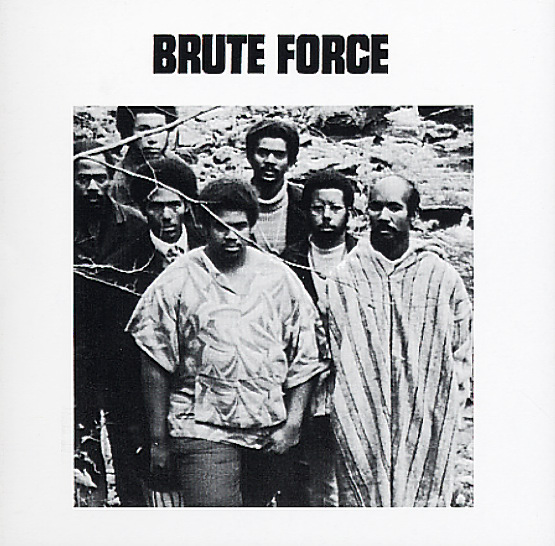 The one and only album by this righteous funky combo from Ohio! Although Brute Force were an American group of the late 60s, they've got a sound that brings in traces of the African rhythms that were bubbling under at the time – similar to some of the best London groups of the post-colonial years, like Cymande, Demon Fuzz, or Asiko. There's often a jagged and jazzy style on the bottom of the grooves, topped with brighter horn flourishes, and combined with a vocal approach that has some slight folksy touches – very hip, progressive, and as righteous as you'd expect from the cover! Sonny Sharrock sits in on some tracks, and the titles include "Some Kind Of Approval", "Doubt", "Ye Le Wa", "Do It Right Now", "The Deacon", and "Monster".  © 1996-2022, Dusty Groove, Inc.
(Original pressing in the die-cut gatefold cover. Cover has a cutout notch and a lightly bent corner, but is nice overall.)