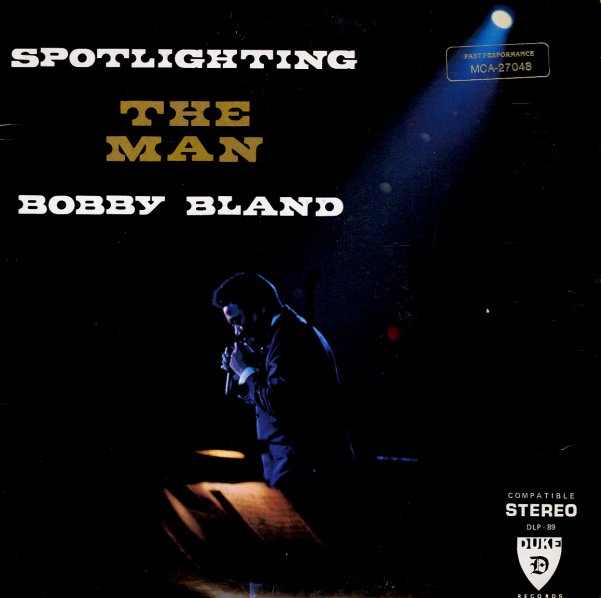 Fantastic stuff, like all of Bobby's early Duke albums, and a breathtaking mix of soul and R&B, with some nice jazzy touches in the arrangements. Tracks include "Wouldn't You Rather Have Me", "Ask Me Nothin' About The Blues", "Gotta Get To Know You", and "You Ought To Be Ashamed". Great stuff, and Bobby's voice is wonderful!  © 1996-2021, Dusty Groove, Inc.
(80s pressing on MCA. Cover has heavy staining and flaking from moisture along the bottom quarter and a cutout notch.)