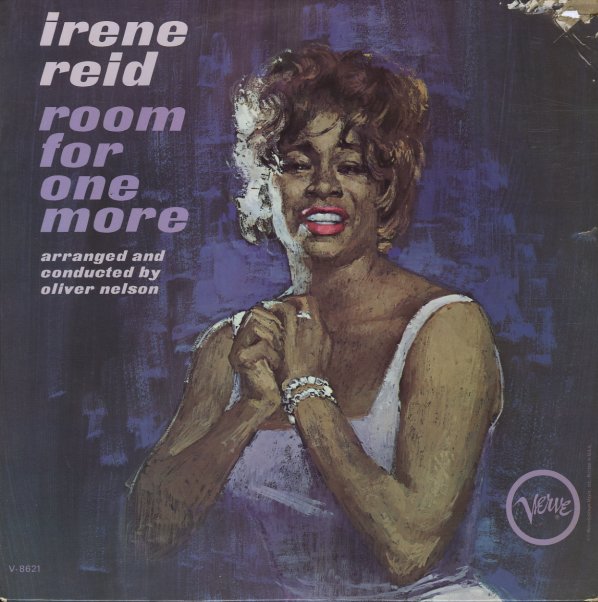 Room For One More

Although Irene Reid later went on to make some recordings that had her in a more rootsy setting, this nice set from the mid 60's features her deep soul voice amidst classy jazz-based arrangements by Oliver Nelson. The record's got the feel of one of Nancy Wilson's classics for Capitol, with a mix of standards and pop material like "When Did You Leave Heaven", "Save Your Love For Me", "Who Can I Turn To", and "They All Say I'm The Biggest Fool".  © 1996-2022, Dusty Groove, Inc.
(Mono MGM pressing. Cover has a cutout hole, light aging and some marker on the back.)

It Is Love
Verve, 1987. Near Mint-
LP...$5.99
Strange album for Marlena – recorded after her soul albums, and done in a live setting with a small group (Buddy Montgomery, Larry Ball, and Paul Humphrey). Marlena's ostensibly trying to get back to her jazz roots (as was Dee Dee Bridgewater around the same time), and she kind of does, ... LP, Vinyl record album